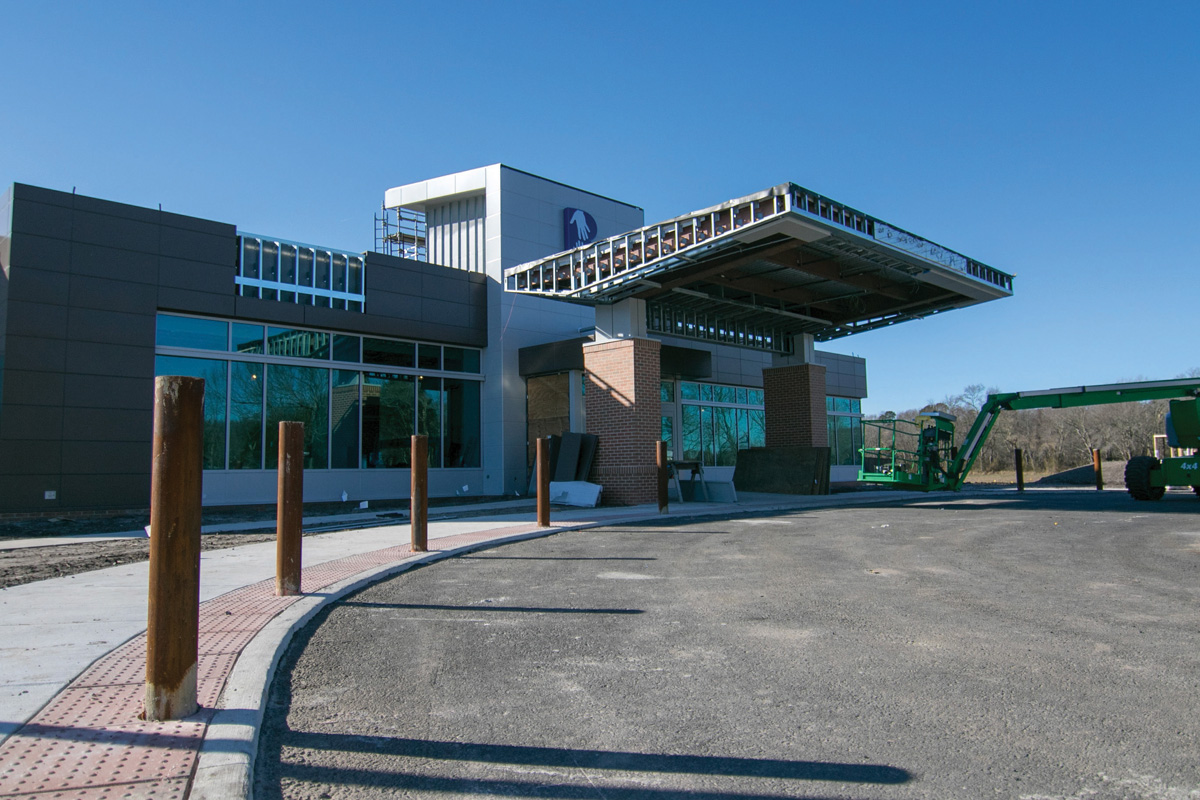 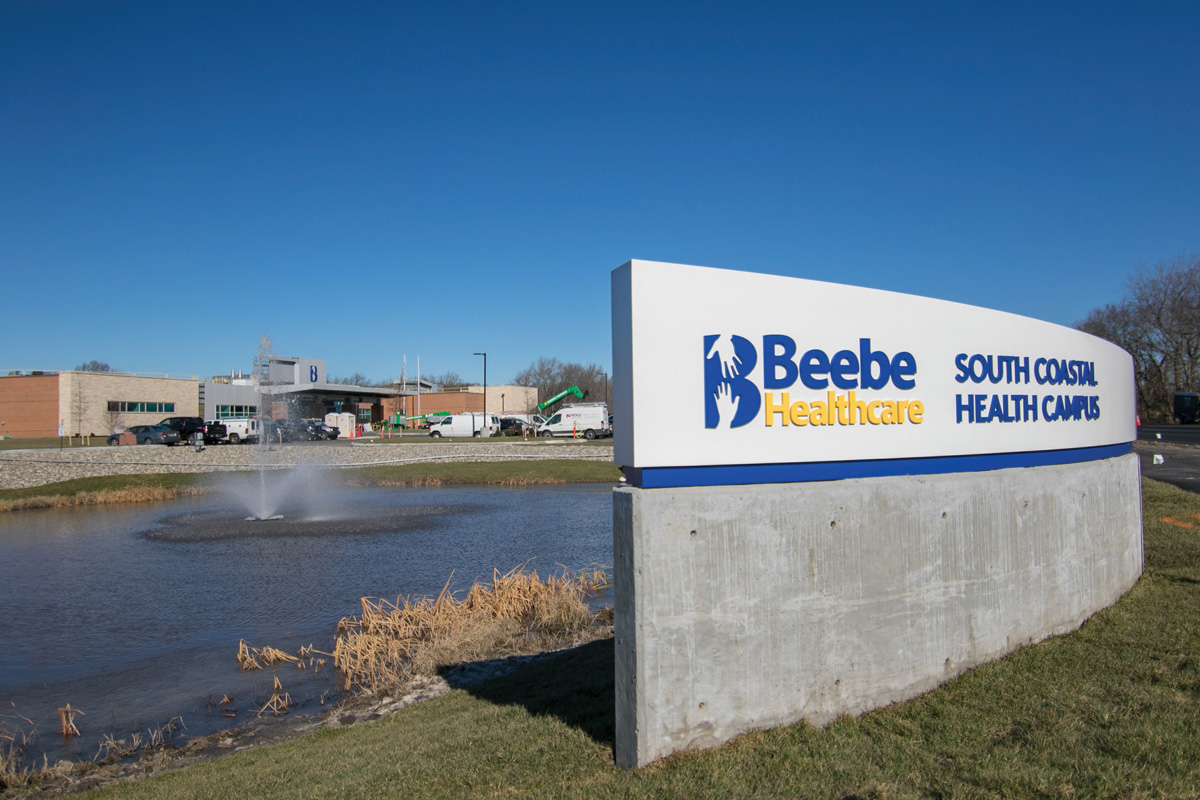 As the new year waits just around the corner, Beebe Healthcare is in the final months of construction of its new South Coastal Campus on Route 17 in Millville.

The project, for which construction costs had been estimated at $48 million, is “on time and under budget,” according to Mark Loukides, Beebe’s vice president for facilities.

There will be 24 patient-examination rooms in the emergency department, with advanced diagnostic imaging equipment available including X-ray, CT scans and ultrasound. Although the new emergency department will not have the capabilities of a full trauma center, such as surgery, it will have a participant in the Delaware Statewide Trauma System, through which patients can be transported by ground or air to Beebe Healthcare in Lewes or to a “higher-level” medical center.

To facilitate such transfers, a helipad will be located on the South Coastal campus site.

“That’s one reason we urge anyone to call 911 in a life-threatening emergency, as the first-responders can make that decision right away,” said Beebe spokesman Ryan Marshall.

The South Coastal emergency department will be open 24/7. Its opening will have no effect on Beebe’s existing walk-in clinic on Route 26 in Millville, which will remain open.

Beebe has been working with first-responders in Millville and the surrounding communities to make sure that once the South Coastal emergency department opens, they are directed to bring patients there when appropriate.

“That is a partnership that starts at the beginning of the process and is ongoing,” Marshall said. “There’s also specific training that goes on prior to the opening that simulates different situations — for example, a transport via helicopter.”

The new medical facility will employee about 100 people, Loukides said, which will mostly be clinical staff, such as doctors and nurses, but there will also be support personnel, including maintenance staff, lab technicians and pharmacy technicians. An on-site pharmacy will be available where patients can get filled prescriptions that have been provided by the medical staff.

The South Coastal campus will be about half the size of the Lewes emergency facility, Loukides said. Estimates are that about 15,000 patients will be treated there in the first year of operation.

Loukides credited “excellent support” from the design and construction teams on the project, as well as the preliminary work done by dozens of community members and medical professionals in working through the process of planning for the building.

He estimated that more than 100 people participated in a patient and family advisory council and other committees, addressing issues ranging from “how we design the nurses’ station to what type of artwork we use” throughout the building, Loukides said.

“When you do that on the front end,” Loukides said, before the building is completed, “when we go to move into the building, they say, ‘That’s exactly how we thought it would work.’ It’s a lot easier to deal with adjustments on paper” than changing things once the building is finished, he said.

Local artists’ work will be showcased within the building, with an emphasis on the natural beauty of the area.

The savings in the cost of the project have allowed Beebe to include more higher-end technology than originally planned, Loukides said, allowing for “clinical enhancements” not originally in the plans, which he said will help improve the patient experience in the new facility as a whole.

The new cancer center will be slightly less than half the size of the Tunnell Cancer Center in Rehoboth Beach, Loukides said. It will, however, provide all of the same services available in the larger facility: medical oncology, chemotherapy and radiation oncology.

A focal point of the cancer center will be a meditation garden that will be visible through large windows in the area where patients will go for treatments.