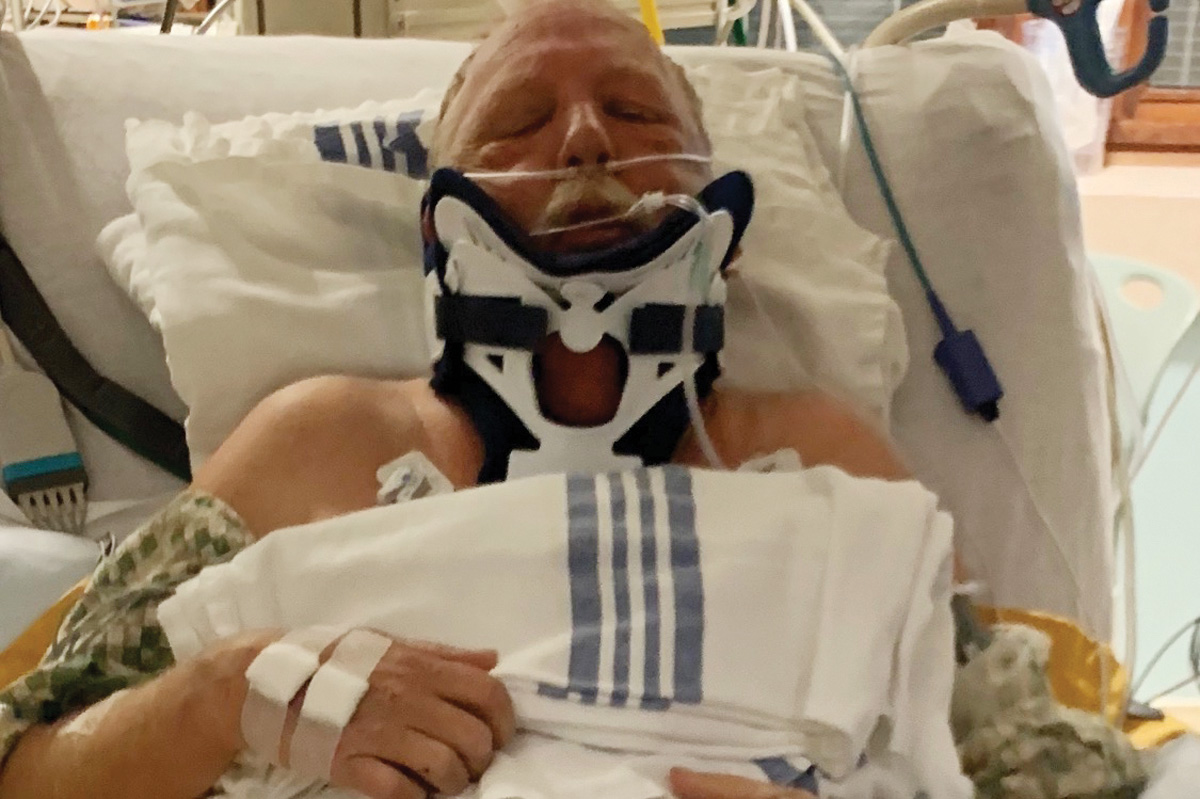 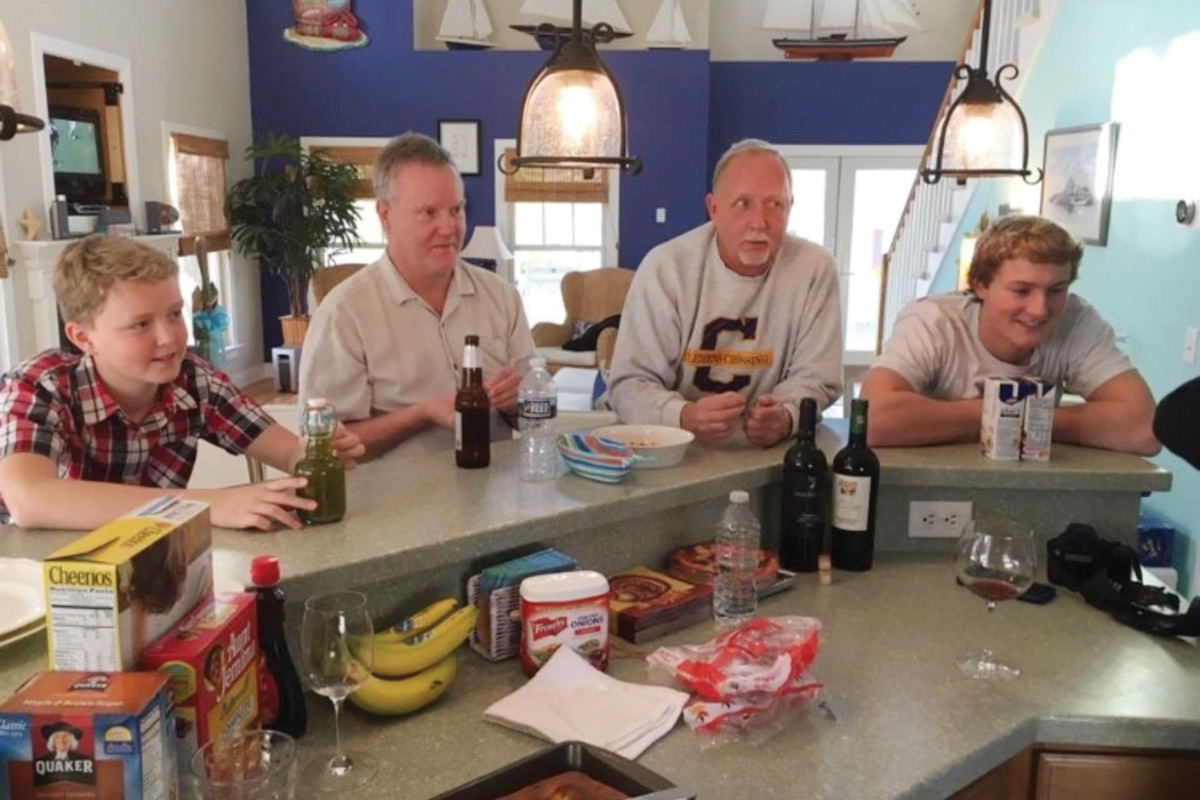 Funds being raised for Millville roofer after traumatic fall

As Steve Lannon — a local roofer in Bethany Beach — fights to recover after falling about 30 feet, friends are posting messages and donating to a GoFundMe account organized by his sister.

Lannon, 62, an ardent Washington Redskins fan who lives in Millville with his dog, slipped while dismounting a ladder on Dec. 19 and fell, landing on a patio and suffering injuries that will likely result in paraplegia.

His younger sister, Teresa Gallagher, set up the account at www.gofundme.com/f/steve-lannon and has provided regular updates, as well as photos of Lannon with his family and asleep in a hospital bed, on a ventilator.

“Steve is showing some signs of improvement as they taper him off the heavy medication. He opens his eyes when you talk to him,” Gallagher told the Coastal Point.

Gallagher set the fundraiser goal at $25,000 initially, explaining that care for a paraplegic costs in the hundreds of thousands of dollars annually. Nearly 80 donors quickly brought the amount to more than $8,400, and posted encouraging messages, such as “Get better soon, buddy,” “Glad to help a friend of a friend” and “He sounds like a wonderful man. Although I don’t know Steve, friends of mine do and speak highly of him. I wish him well.”

“Unfortunately, he will be paralyzed from the waist down,” she said, explaining that he had undergone a six-hour surgery “to help him be able to sit upright.”

“He had a brief time of being lucid before they put him on medication for induced sedation,” Gallagher’s husband, Gene Gallagher, said.

“He said he tied his ladder the way it was always tied. As he was coming down, the ladder moved just enough for him to go off the side of it. There are probably many people looking for him. ‘Where the heck is Steve Lannon? Where the heck is Steve?’ Although he was a roofer, he also worked for the Shore Stop on Route 26 in Bethany Beach, and he worked evenings for other people. He is single with no wife or kids.

“He’s just a great guy. He’s got a good personality, a good sense of humor. He always has a kind word for someone. I’m telling you — he’d give you the shirt off his back. It’s devastating. The Lannon family is very, very tight. They are dealing with this as best they can,” Gallagher said.

Lannon squeezed his brother-in-law’s hands “as hard as he could, showing me he was there,” Gallagher said, and he told his sister to watch him prove doctors wrong and walk out of the hospital.

“I said, ‘You go!’ but then I asked him if the doctors told him the same thing they told us. He put his finger to his mouth, as though to shush away anything else,” she said.

A native of the Tacoma Park, Md., area, Lannon, one of nine children, is a “big guy, in good condition and strong,” Gene Gallagher said.

“We are hoping for as full of a recovery as the Lord will permit.”

Eight years older than his sister, “He has always been protective,” Teresa Gallagher said.

“He’s given me advice. I’m sure if you asked anybody, they would tell you how kind and giving he is. The doctors were talking about him being paralyzed from the bellybutton down, but that can travel up just below the ribs.

“He had a positive outlook the day of the surgery, whether it was the medication talking or what. The first day was horrible. He was thrashing around in pain. He doesn’t wish to be on life support. His request was seven to 10 days only, but he’s been on a ventilator,” she said.

After being notified of the fall, Gallagher, who lives in Washington, D.C., immediately drove to Christiana. Their brother Tom was in Florida and rushed home, driving for two days.

“When I first saw him, they were talking about the possibility of having to intubate him, and he was shaking his head and covering his mouth like, ‘You can put oxygen on my mouth but no I’m not going to do that,’” his sister said.

“It’s heartbreaking. We’ve been driving back and forth to see him. I’m trying to be strong,” said Gallagher, whose son, Ryan, was born with a brain tumor in 1988 and died in 1998, while she was living in Alaska.

“That’s what made me go into the medical field. I understand what’s going on, and it breaks my heart he is having to suffer. He’s such a nice person, and he’s a hard worker,” she said.