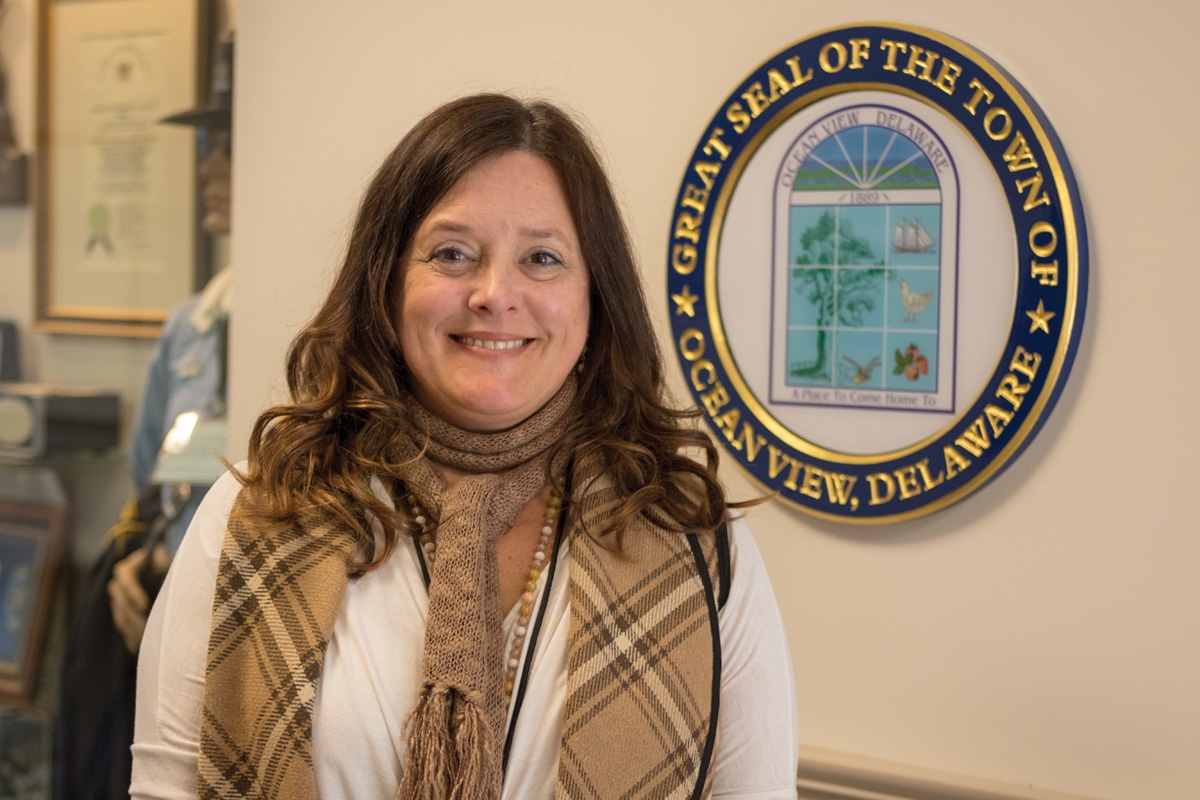 In her modest way, though, she downplayed the milestone, laughing when it was jokingly suggested a parade be planned, or at least a celebratory dinner.

“No, no. Life goes on,” she said with a smile, steering the conversation to the growth and success of Ocean View.

But Mayor Walter Curran at monthly council meetings regularly thanks and praises Houck.

“She’s the leader of the pack and, I think, an excellent leader,” Curran said, crediting the Philadelphia native for helping to smoothly streamline Town operations in 2019.

“I do believe we now have a much better working rapport across the board, with all departments and all around, and that bodes well with the individuals that work there,” he said.

Curran recalled interviewing a half-dozen or so finalists for the town manager’s position.

“It struck me immediately that Carol was going to be the No. 1 pick. Everyone on the town council is extremely happy. I think she has exceeded what we expected,” he said, adding that when it was announced she had been hired, “a dozen other town managers and elected officials told me how lucky we were to have found her.”

“That made me feel good. She’s a wonderful lady. She’s a pro,” he said.

After working as assistant town manager and town manager of Newark, Del., for 28 years, town manager of Delaware City for one and a half years, and completing a full year in Ocean View, Houck said she still greatly enjoys the position.

“Oh, I love it. It’s so rewarding to be able to work with the community and see things through. When you’re in a place a long period of time, you get to see the before and after of programs and events. Some things take many years. Here, we are working on the success of all of our events, the success of the staff, the success of the comprehensive plan,” she said.

“I am so pleased with her. She has brought new ideas, new programs and concepts. I can’t say enough about her. I’m also very happy with [Finance Director] Dawn Parks and [Director of Planning & Zoning] Ken Cimino, too,” he said.

The three were all hired around the same time.

“We couldn’t have found anybody better than these three people,” Maly said.

“The community outreach programs that Carol has come up with have really made a difference in the Town of Ocean View. I hear such good comments about Cops & Goblins, too, and that’s been going on for a few years. Cops & Goblins has gotten huge, and it’s very well received by the community, and Carol is coming up with new programs,” Maly said.

“That’s the answer to keeping Ocean View not only a town but also a community. That’s what the people who live here want.”