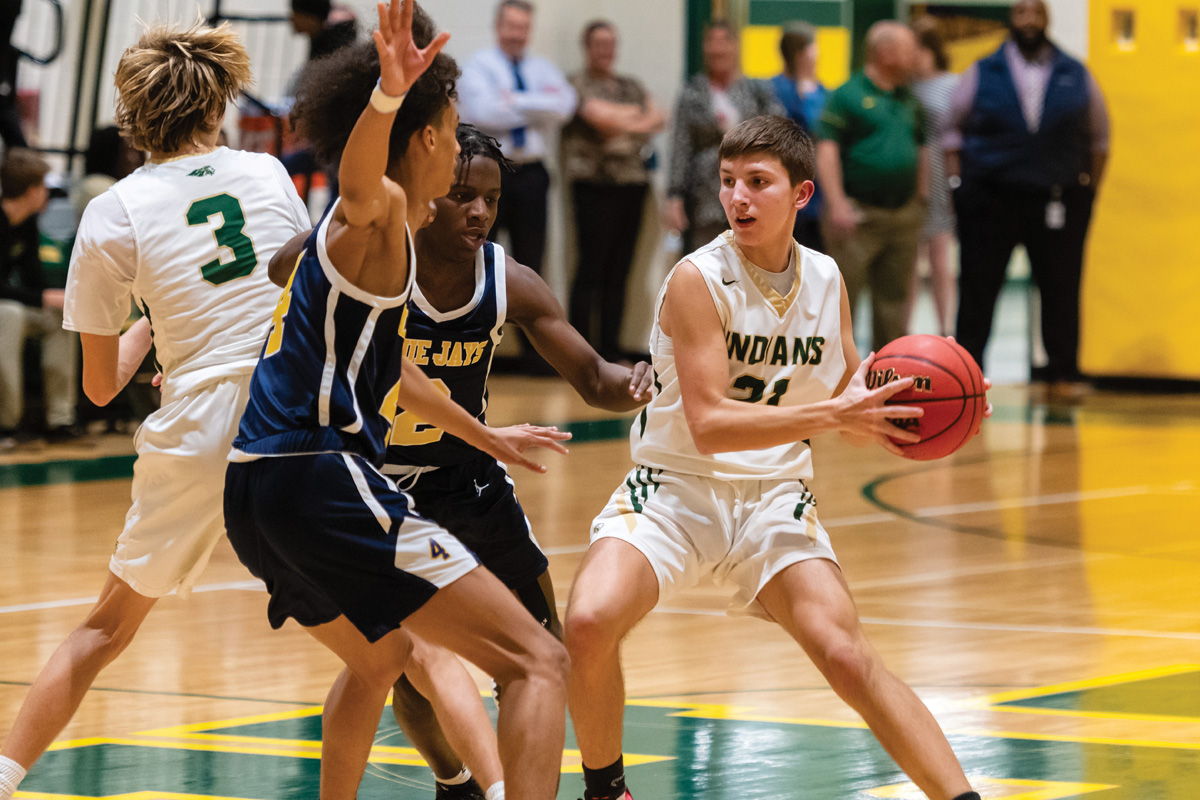 The Indian River High School girls’ basketball team picked up their third win of the season, and second in three games, with a 31-28 victory over visiting Laurel on Tuesday, Jan. 21.

Junior Lauren Meehan led the Indians with 13 points, including the team’s lone shot made from beyond the arc. Le’Anya Garrison and Emma Jenne chipped in with five points each, with Yanya Wise and Micayla Meehan adding four.

The teams battled to a 4-2 Indians’ advantage after the first, but Laurel went into the halftime intermission with a 14-13 lead.

The Bulldogs’ lead ballooned to 27-19 after the third. However, the Indians put the clamps on defensively in the fourth, limiting their guests to just one point over the final eight minutes of play, to pull out the victory.

IR shot just 4-for-16 from the foul line but still managed to come away with their third win of the season.

They were set to travel to Delmar on Thursday, Jan. 23, (after Coastal Point press time) for another Henlopen Conference South Division matchup with the Wildcats. Back on Dec. 10, the Indians picked up their first win of the season against Delmar, with a 30-25 decision. Results from the game can be found on the Coastal Point sports Facebook page as they are made available.

It was another lesson on the hardwoods for an undermanned Indian River boys’ basketball team on Tuesday, Jan. 21, as they were taken down by the Laurel Bulldogs, 94-59. The loss dropped the Indians to 1-11 on the season — their ninth straight setback.

With just eight healthy, available bodies for the game — due to injuries and illness — the Indians fought as well as they could, considering the circumstances.

The win kept the Bulldogs rolling along toward what they hope is a DIAA state playoff spot, improving their season mark to 11-2 overall. It was their ninth straight win, as they keep pace with Henlopen Conference South Division rival Woodbridge atop the division standings.

For the Indians, Colby Hook led the way with 18 points. Gage Spinks recorded 14 points as well, while Matt Engel recorded a double-figure effort with 10.

In their game against Woodbridge on Jan. 16, the Indians fell 85-65 to the Blue Raiders. Gage Spinks scored 20 points to lead the Indians, while Qua’mine Jacobs netted 12, and Carson Barnes added 10.

IR actually held a 22-16 lead after the first quarter in the game, but that was quickly erased in the second, when Woodbridge outscored the Indians 26-11.

The Blue Raiders never looked back, and would even increase their lead in both the third and fourth quarters as well.

The Indians were looking to break out of their struggles as they hosted Delmar on Thursday, Jan. 23. The Wildcats defeated IR back on Dec. 10, by a score of 59-26. Results from the game can be found on the Coastal Point sports Facebook page as they are made available.