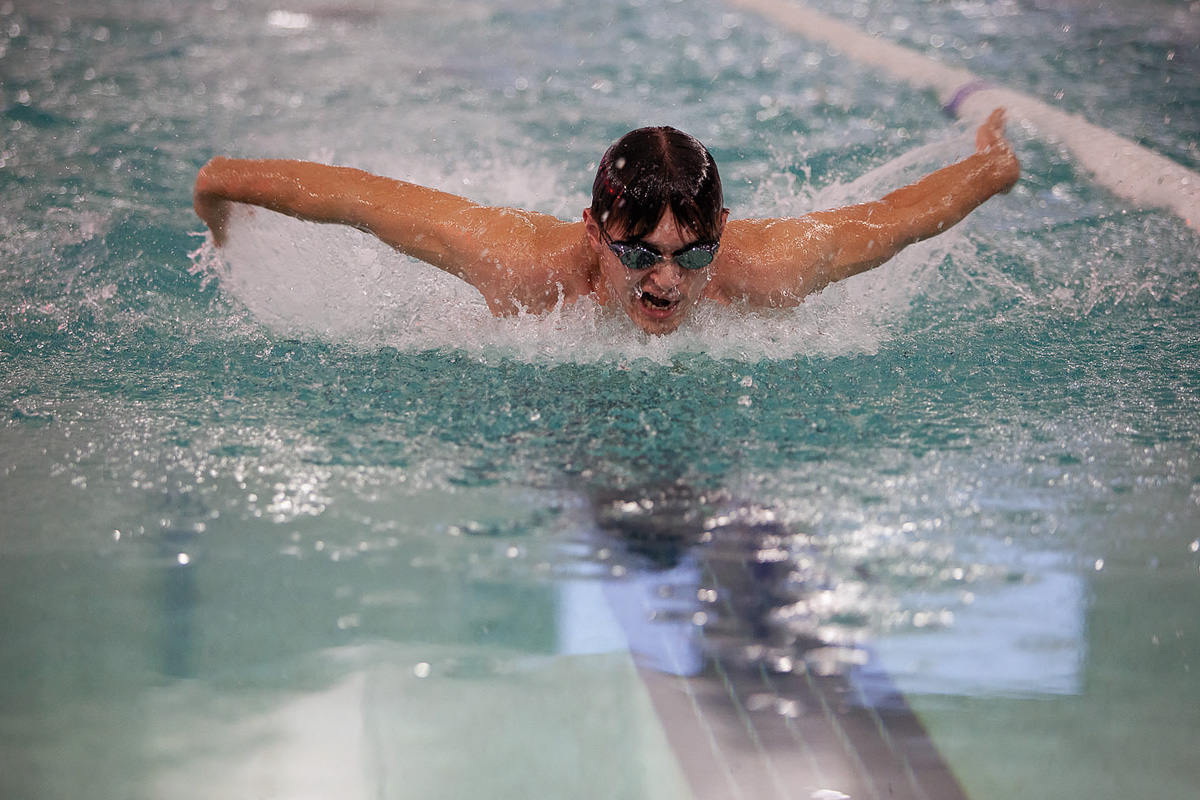 The Indian River High School swimming team has continued to impress each time out this season, and with every dual meet they are battling to the very last event, whether ahead on the scoreboard or behind.

That’s the mark of a quality program with great leadership from coaches and the veteran members of the squad. All while having no swimming pool to train in or prepare for these meets.

The Indians’ boys team rolled to a 125-41 win over Lake Forest on Friday, Jan. 17, with junior Declan Burke snapping a school record in the 500 freestyle by nearly 8 seconds. Burke was a three-time winner in the meet overall.

The girls — they fought hard, but came up short against the Spartans, 100-70. Emma Barthelmess was a triple winner, taking two individual events, as well as a relay.

She was joined by Maelyn Bryan, Madison Bemis and Lauren Carter for the win in the 200 free relay with their time of 2:17.33.

The boys swept all 11 events in the meets, with Burke, Hall, Douds and Forrey all three-time winners. Lingenfelter picked up a pair of wins as well.

Burke’s firsts came in the 200 medley relay with Douds, O’Leary and Hall. He added individual wins in the 200 individual medley and 500 freestyle.

Lingenfelter’s solo win came in the 50 freestyle, while Evan Peterson was first in the 100 backstroke, and Hall was tops in the 100 breaststroke.

As for the Indians girls, Barthelmess and Lexi Hall figured in on four different event wins out of the seven the team won overall.

The junior’s individual win came in the 100 backstroke. She swam legs in three different relay races as well. Barthelmess and Hall teamed up with Mya MacDonald and Isabella Scharp in the 200 medley relay win. The duo was joined by Lauren Carter and Scharp in the 200 free relay, and then wrapped up their day with the victorious 400 free relay with Jordan Gonzalez and Nadia Czyzewski.

Hall’s individual win came in the 100 freestyle. Scharp added a pair of solo wins of her own in the 50 and 500 freestyle events.

The wins snapped a three-meet losing streak for the IR girls and improved their record back above the .500 mark at 5-4 overall.

The boys’ sweep has them sitting at 6-2 just behind Henlopen Conference South Division-leading Sussex Academy.

Not bad for not having a pool to practice in every day. Their efforts continue to be beyond impressive each time out.

The Indians were set to travel to the West Sussex Boys & Girls Club on Thursday, Jan. 23, for a meet with the Sussex Tech Ravens. Results can be found on the Coastal Point sports Facebook page as they are made available.