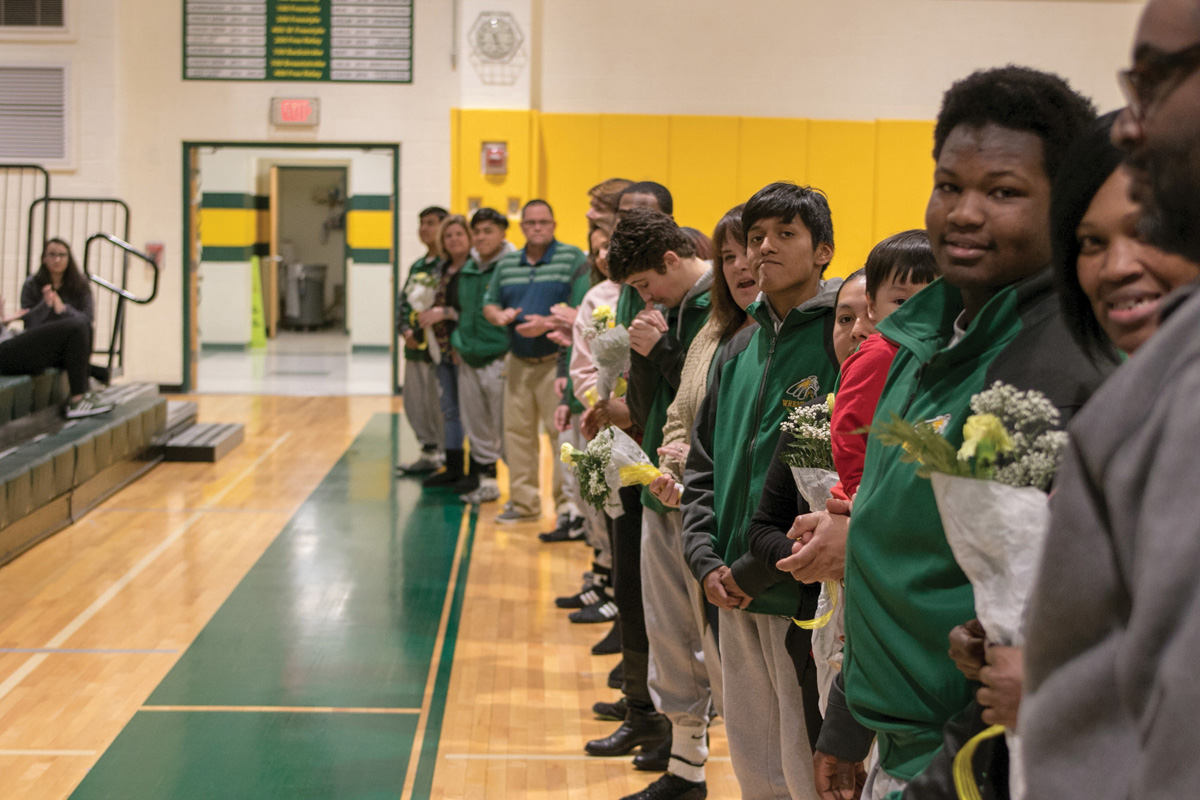 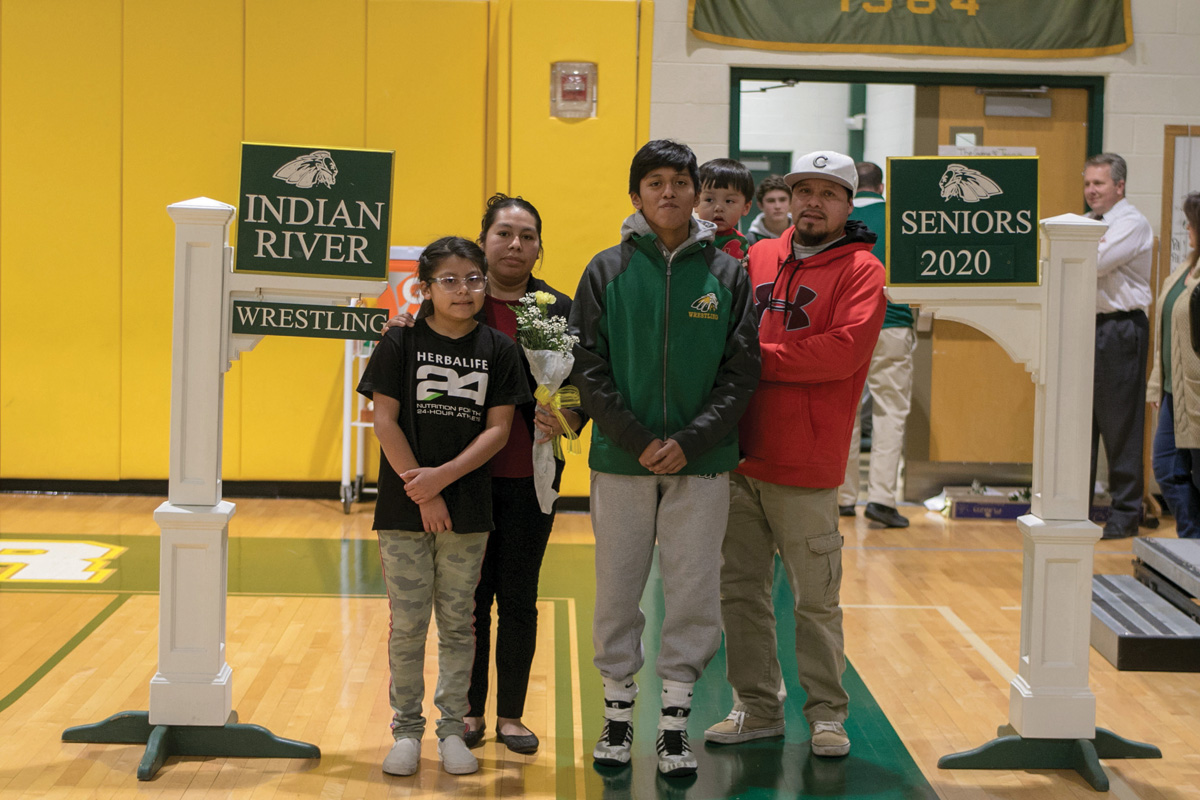 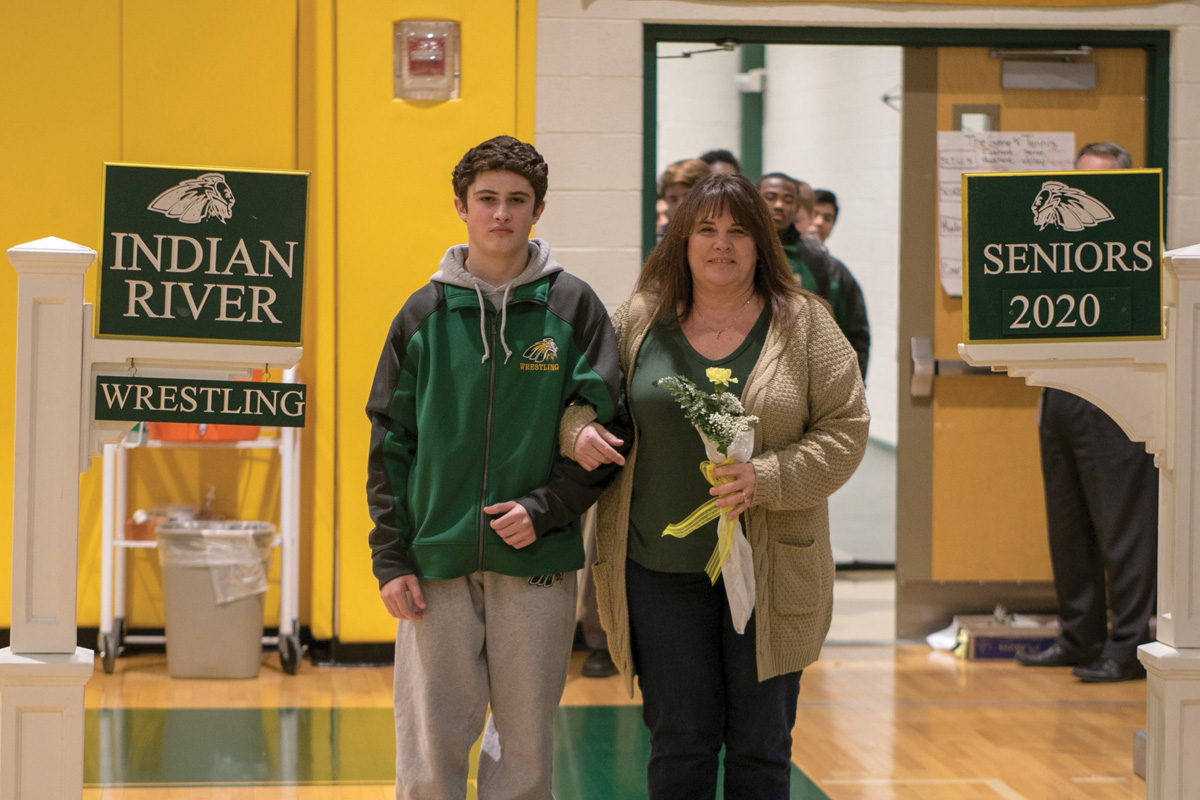 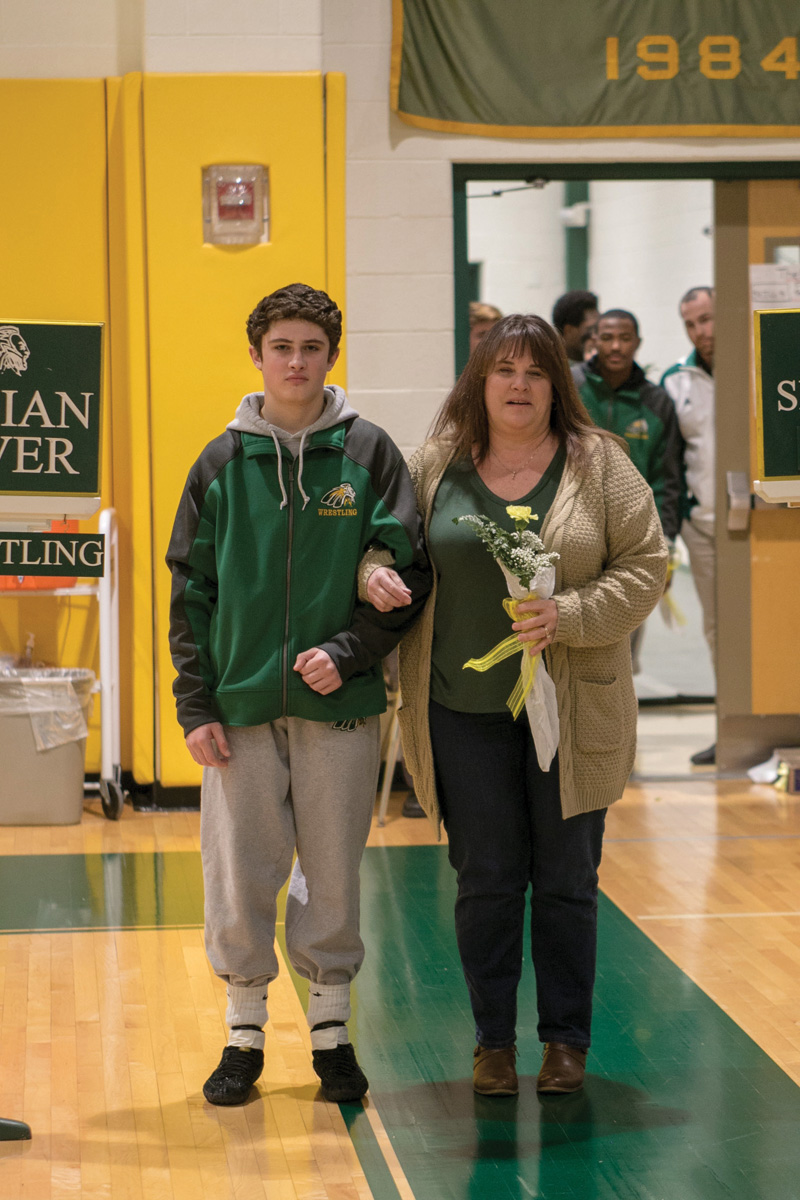 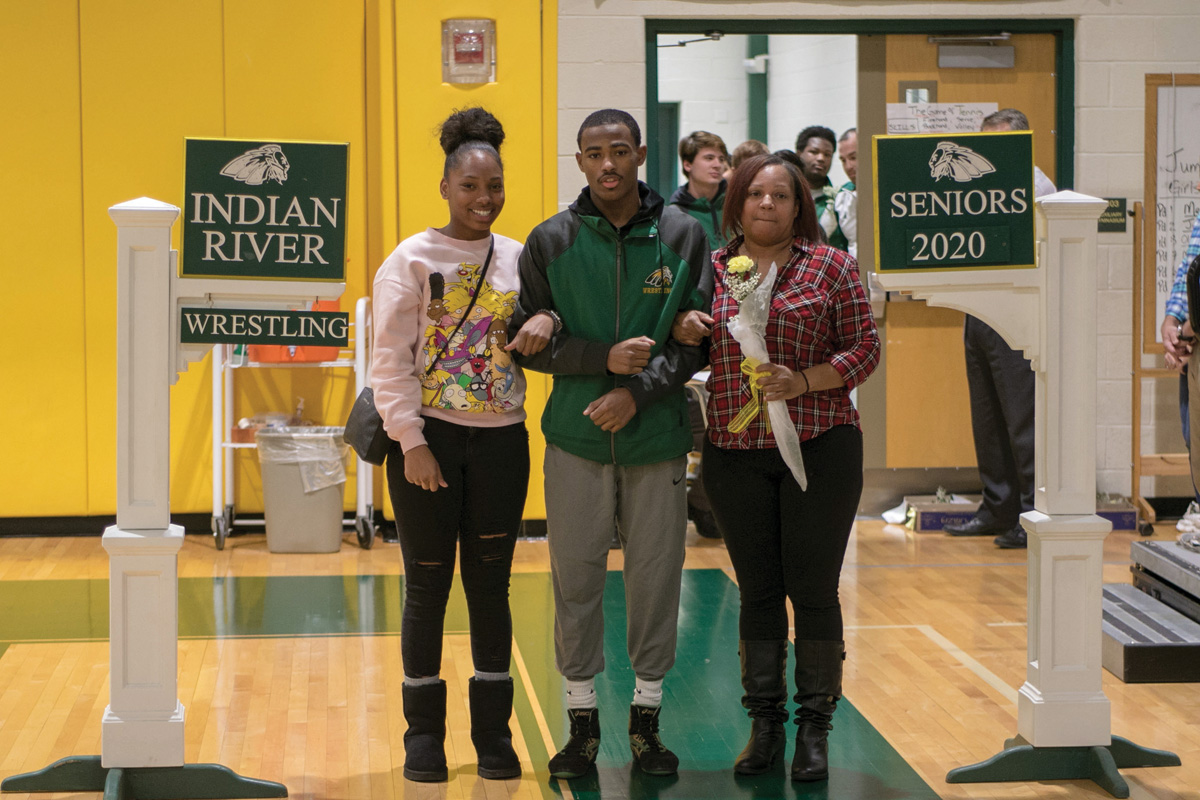 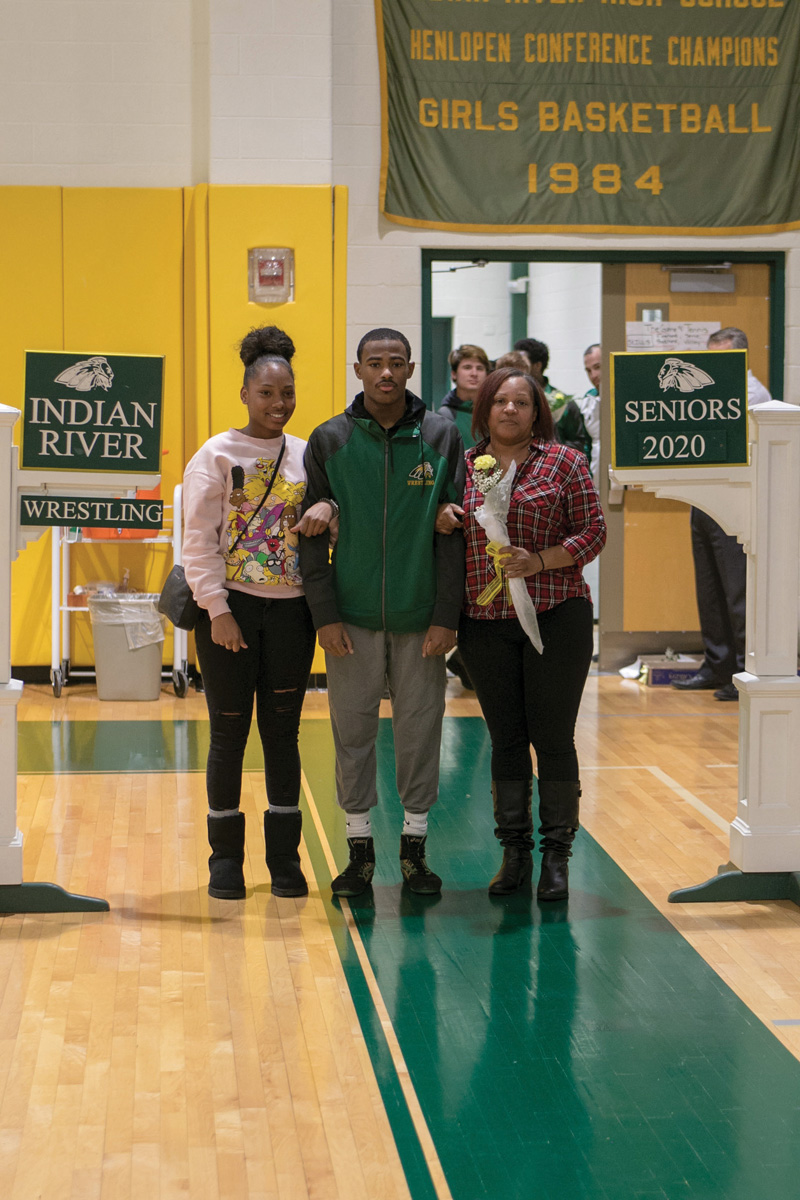 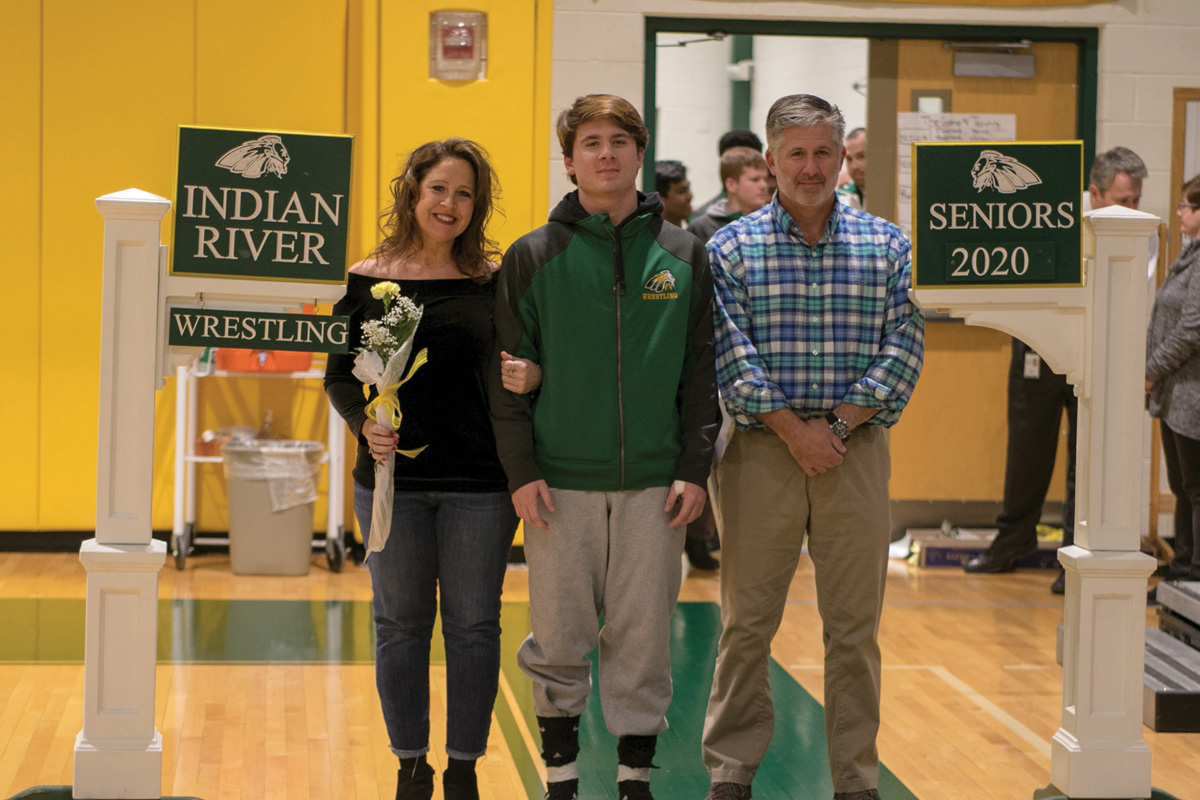 The Indian River High School wrestling program had its first taste of dual-meet defeat last Wednesday, Jan. 22, when they dropped a 43-31 decision to Laurel in a Henlopen Conference South Division matchup.

They shook off the ill-effects of that loss with a resounding sweep of Sussex Tech and Concord on Saturday, Jan. 25, to run their season record in dual meets to 7-1.

“I think we rebounded well from Wednesday’s loss to Laurel,” head coach Jeff Windish said of the sweep. “We took on two good Division I teams and came away with two quality wins.”

The Indians squared off with Sussex Tech first in the tri-meet, held at Concord High School. It was a back-and-forth battle through much of the early matches. The Ravens were actually up 27-15 midway through the match and held a 33-24 edge heading into the final three matches.

However, IR recovered five of the final six matches for the win.

Cole Windish got things started on the comeback with a pin in 5:06 over Tech’s Joseph Gappa at 160 pounds. Will Keller followed with a 6-3 decision of Tech’s David DiCampli at 170.

The Ravens’ Josh Negron stymied the Indians’ briefly with a pin at 182 in 54 seconds, but that was the final celebratory moment for them in the match.

Jose Perez picked up six points with a forfeit at 220, and Ramond Turner iced it with a quick-work pin in one minute at 285 over Tech’s Diego Santiago for the final victory.

Cristian Lopez-Galindo (113) and Ian Shaubach (120) picked up early wins for the Indians, as did the program’s all-time wins leader Ta’Jon Knight with his pin at 132.

“Going into the Sussex Tech match, we told the kids that bonus points were going to be the difference, and the kids responded, getting bonus points in the close matches,” Windish noted. “Cole Windish came up big, and got the fall shifting the momentum back in our favor. Will Keller and Jose Perez kept things going and locked up the win.”

Against Concord, the Indians jumped out to a 15-0 lead through the first four matches and increased that margin to 33-3 more than halfway through.

Shaubach got things rolling with a pin in the opener, with Chris Saylor, Knight and Wesley Brockson adding decisions to the early advantage. After a win by decision for Concord, the Indians ran off three more victories, all by pin, thanks to Jalen Holland-Holloway, Cole Windish and Keller.

Two more Concord wins slowed IR’s roll momentarily, but the Indians would pick up three more wins by pin from Burke, Turner and Lopez over the final four matches, for the decisive verdict.

“Concord has some very good kids in their lineup and matched up well with us,” continued Coach Windish. “But our kids came out firing on all cylinders from the first whistle. Shaubach and Saylor started us off with two major decisions. Ta’Jon got a good test from [Concord’s] Elias Smith, who bumped up a weight class. Ta’Jon responded, picking up a 5-2 decision in the match that pitted two top-ranked kids against each other.

“We went on a tear starting at 138, picking up four pins there in the next five matches. Those are the things that need to happen when you’re wrestling good teams every night. T.J. and Ramond finished the match off with two more pins. It is nice having the two of them anchoring the end of our lineup, with their potential for collecting bonus points.”

The Indians were set to hit the road for their next four duals, with their first coming on Wednesday, Jan. 29, (after Coastal Point press time) against Henlopen Athletic Conference South Division foe Woodbridge. They then have two tough non-conference matches, against Hodgson Vo-Tech on Friday, Jan. 31, and then Martin Luther King Jr. High School of Pennsylvania on Saturday, Feb. 1. Their next home match will be their final one of the regular season as they host neighboring rival Sussex Central on Friday, Feb. 7, at 4:30 p.m.