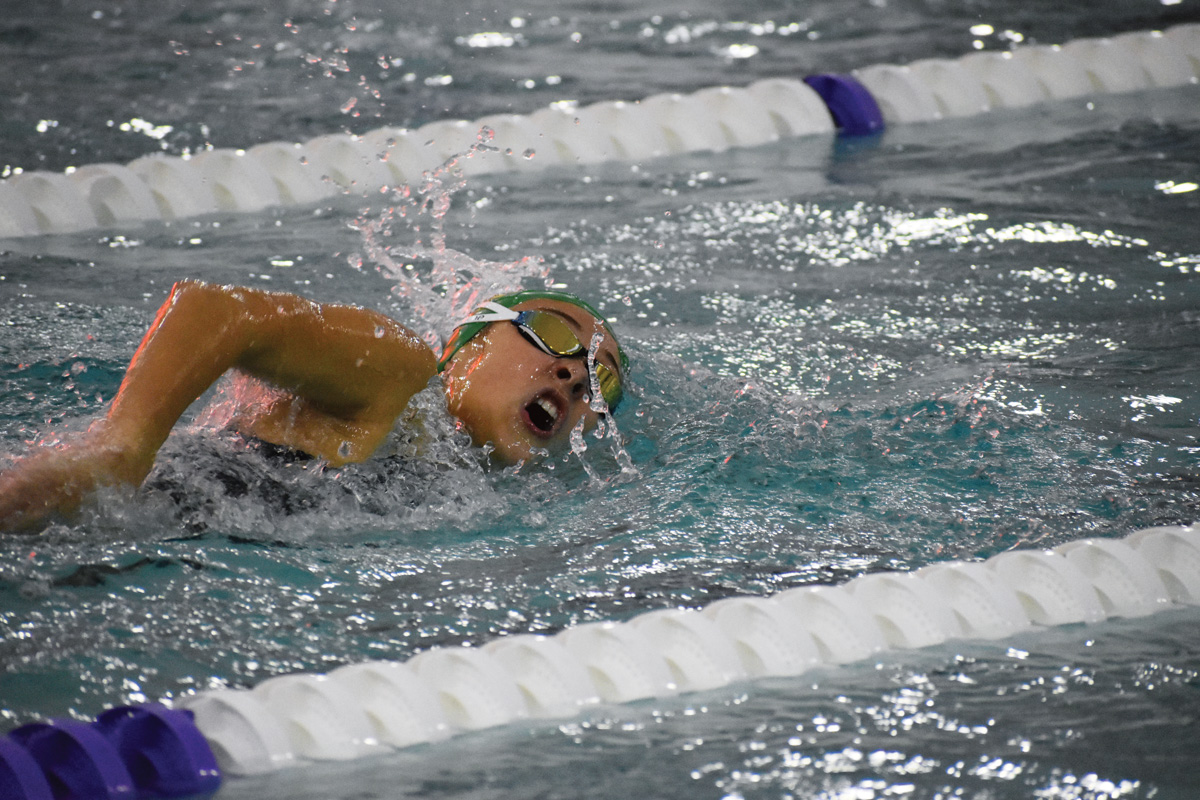 It was Senior Recognition Night for the Indian River High School swimming program on Tuesday, Jan. 28, and they were “hosting” Cape Henlopen at Sussex Academy for the affair pitting two teams that are winding down their regular seasons with their eyes on the postseason grind just ahead on the calendar.

Tuesday night, “I was greatly pleased by the outcome of the meet,” said Colin Crandell, the IR boys’ swimming coach. “Our boys had to overcome many struggles emotionally and physically. We were swimming at a later time, so it was an adjustment for everyone. But nonetheless, what we learned was that we can overcome our challenges and still swim fast.”

The loss dropped the Vikings to 7-3 overall on the dual-meet season.

For the girls, Cape Henlopen’s depth was just too much to overcome for the Indians as the Vikings posted a 132-42 decision over IR. The win improved Cape’s record to 9-1 on the season.

Emma Barthelmess and Bella Scharp were the lone Indians winners in the meet. Barthelmess cruised to a win in the 200 freestyle with her time of 2:14.72. Scharp outlasted the competition in the “marathon” 500 freestyle event with a 6:43.60.

The seniors honored during a break in the action included Lian Adkins, Joshua Carter, Will Douds, Jeremy Falcone, Ethan Forrey, Liam O’Leary and Will Winkler for the boys, and Morgan Gray, Emma Kelly and Elizabeth Towne from the girls.

“I’m saddened to be losing the senior class we had this year,” Crandell added. “They are exceptional leaders who I trust in any circumstance. So we will take the lessons this meet taught us and apply them to the last few meets of our season. I am very excited to see what they do.”

The win extends the boys’ win streak to five and has their regular season record sitting at 8-2 overall. They have two remaining duals left before the postseason begins, as they will battle neighboring rival Sussex Central on Friday, Jan. 31, at 6:30 p.m. back at the Sussex Academy pool. Meanwhile, the loss ended a three-meet win streak for the girls as they also face Sussex Central in their next competition on Friday, Jan. 31.