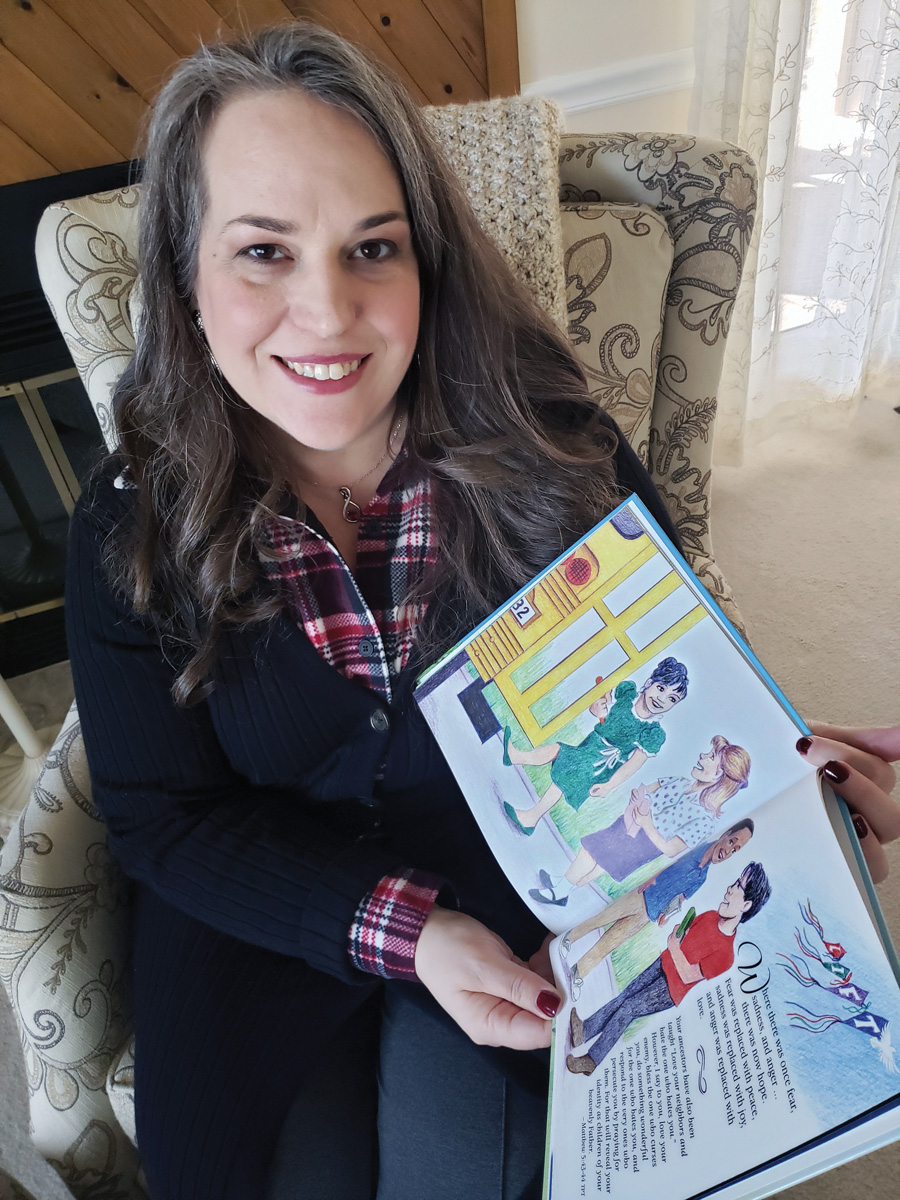 When Amy Burgard talks about her late husband, Raymon George, it’s with the tenderness of a devoted wife.

That dedication is strongly apparent in the book she wrote about their life together, “For I Know the Plans: Navigating Through the Tunnel of Loss,” a love story that ended sadly when George, who made the U.S. Army his career, died at age 43, shocking his wife, whose grief was profound.

George started suffering from the effects of post-traumatic stress disorder after returning from war-ravaged Baghdad.

“His death certificate says ‘Seizure Disorder,’” Burgard, 47, said as she held the book that details her difficult journey of healing after he died on March 2, 2007, while Burgard was away, visiting family in Virginia. The next morning, she received a phone call relaying the news that left her reeling.

An aviator and major in the U.S. Army, George’s death, she is convinced, was due to Operation Iraqi Freedom. He returned from Iraq in 2004 and started having frightening episodes of screaming and thrashing, then began having seizures.

“We were in Germany. We were stationed there three years,” Burgard said as she sat in the neatly kept Ocean View home she shares with her current husband, Denny, holding the book.

“He was proud to go. He said, ‘I trained my whole career for this.’ When he went to Iraq, he had already served over 20 years in the Army. I first started seeing problems when he came home from Iraq. He was there when Saddam Hussein was captured” in December 2003, she said. “He brought the war home with him. He was having these PTSD episodes. He would be sleeping and he’d start screaming. It was horrific. PTSD is an epidemic,” she said.

After his death, she said, she felt a spiritual tug to write about her healing process, to help others struggling as they trudge through difficult times.

“A lot of people read the book and they say they can just feel the love, they can tell what a wonderful man Raymon was. And he was wonderful. God used him in my life to bring a lot of healing. He was amazing at knowing the difference between my hurt and who I was. He believed in me.”

A native of Newport News, Va., she met George, a native of Indiana, when he was stationed in Virginia. They met in 1998 and married in 1999.

“We got married, and he said, ‘You’re going to have a ministry the likes of Joyce Meyer,’” she said, referencing the well-known minister. “I had a lot of difficulties growing up. It was a different life before him,” she said.

It took her five years to begin writing the book, named for the Biblical verse Jeremiah 29:11: “For I know the plans I have for you declares the Lord, plans to prosper you and not to harm you, plans to give you hope and a future.” But once she started, she completed 10 chapters in 10 days. “It just poured out of me,” she said.

“God is the reason why I’m here today. Truly, God walked with me through this. A lot of people have been helped in various ways through this book,” Burgard said, including an 18-year-old who told the author she returned to, and made her peace with, God after reading it.

It also led to her meeting her current husband, whose daughter-in-law lent him the book as he mourned the loss of his wife of 48 years, Pam, who died of cancer in 2017. Impressed, he said he wanted to meet the author of “this story of redemption and restoration.”

Their long talks led to a deeper connection, and they were married in the fall of 2019.

Burgard, who was a victim of bullying in school, also wrote “LIFT” (an acronym for love, identity, forgiveness and thankfulness), with illustrations by Sherry Mitcham, for children who are victimized.

When she was 9 years old, a fourth-grader, a classmate attacked her in the school restroom, slamming her head onto the floor. The vice principal defended her during a meeting with both students, and Burgard’s spirits were raised by his kindness. She wrote a dedication to him in the book, then took a chance and looked for his name on the Internet. She found it, and a phone number, called and talked to him. All these years later, he remembered the incident and was grateful to learn he made a positive difference in Burgard’s life.

Both “LIFT” — recently released and the basis for an upcoming workshop at a local Christian school — and “For I Know the Plans” are available by e-mailing Burgard at mendingwings2fly@gmail.com. The books cost $13.99 and $19.95, respectively. They will also be for sale at Patti’s Hallmark Shop in Millville, where Burgard will have a book signing from 1 to 3 p.m. of Saturday, Feb. 8.

“I really want to help those who are going through hurts, to help them heal,” Burgard said. “I’ve been blown away by the healing and hope these books are bringing to people.”