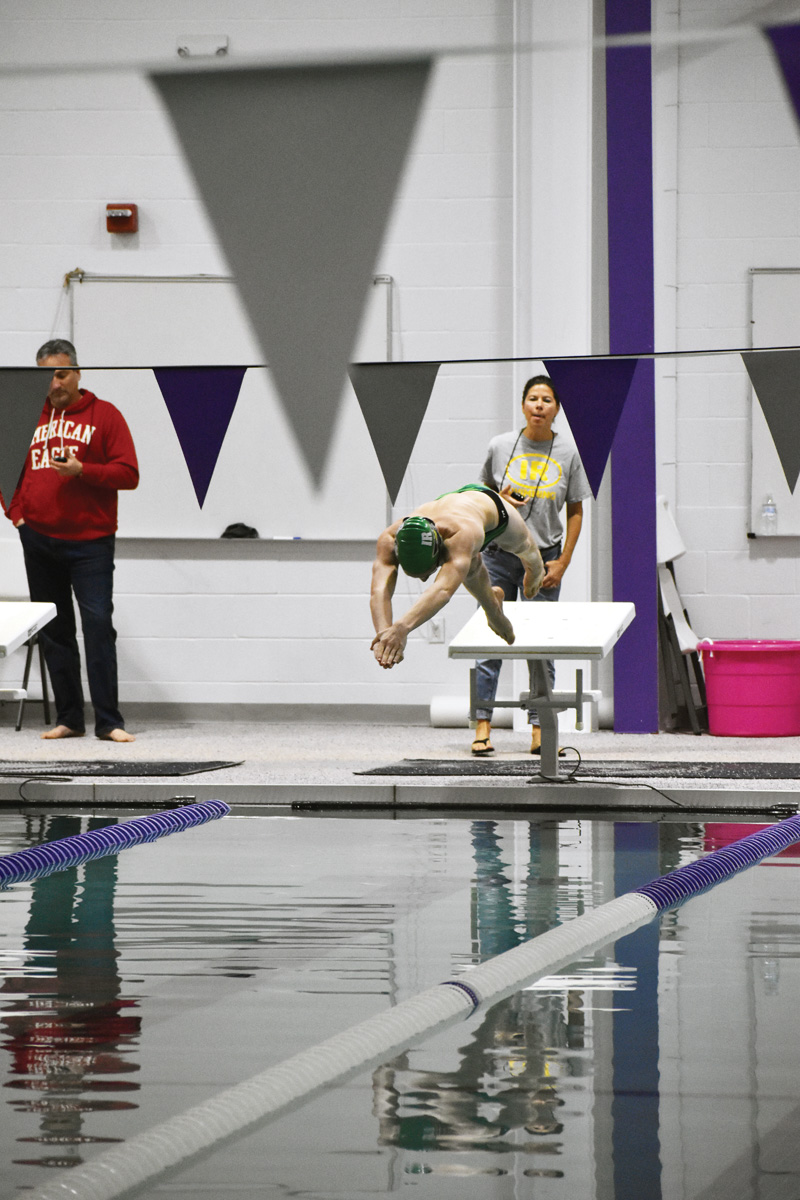 One could try to find a more impressive team in the state of Delaware than the Indian River High School boys’ swim team, but they would be wrong with whoever they picked — even if they had a better record. Even that would be tough, since their record is also quite impressive.

Let’s look at why this team is the real deal.

All comparisons can stop right there when trying to find a team that is better. Sure, there may be a few teams with better records, but none of them have had to deal with the adversities the Indians have had to this season.

Head coach Colin Crandell has been a certifiable wizard in preparing his troops for their meets this season. Over the past week, Crandell’s Crew picked up another two wins as they closed out their regular season.

The Indians spoiled the Senior Night festivities of rival Sussex Central with a 105-62 decision on Friday, Jan. 31, before edging out Berlin, Md.’s Stephen Decatur, 86-81, on Tuesday, Feb. 4.

Against Central, Declan Burke and Will Douds were each four-time winners, leading the charge for IR as they collectively won seven of the 11 events.

The Indian River girls’ swimming team has fought hard every time they’ve jumped headfirst into the pool of a dual meet.

Such was the case in their most recent meet with Sussex Central on Friday, Jan. 31. Despite dropping a 91-75 decision, the Indians were winners in five of the 11 events.

Emma Barthelmess was a triple winner, taking first place in the 200 freestyle and 100 breaststroke, and being part of the victorious 400 free relay with Emma Kelly, Jordan Gonzalez and Isabella Scharp.

Kelly and Scharp also had individual wins of their own, winning the 50 freestyle and 100 backstroke, respectively.

In their meet with Stephen Decatur on Tuesday, Feb. 4, Barthelmess picked up the lone win for the Indians, in the 100 breaststroke, with her time of 1:16.33. IR would lose the meet to the Seahawks, 130-39.