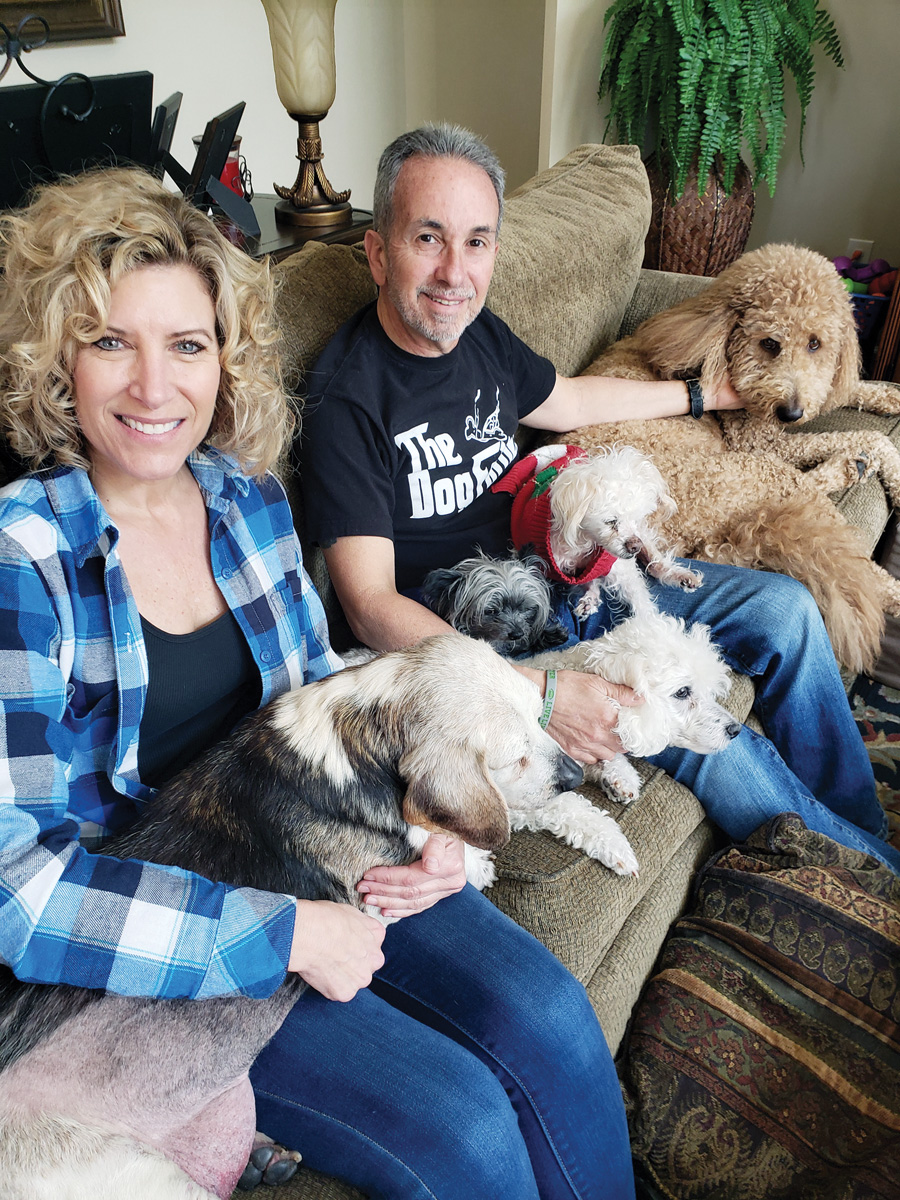 More than three years later, Al Casapulla still gets teary when he talks about his little Shih Tzu, Maggie.

The casket that cradled her when he buried her in the back yard of his Ocean View home. How it was lined in pink. Her favorite toy, a stuffed reindeer, gently tucked beside her.

“She didn’t die in vain,” he said, adding that he was both thrilled and emotional when the bill he initiated, that resulted from her illness, passed in the Delaware State Legislature last week.

Maggie’s Vaccine Protection Act, formally House Bill 214, was approved by unanimous vote. Once law, it will allow veterinarians to complete a blood test to see if an animal is still protected from previous vaccinations before administering more. Maggie died on Dec. 30, 2016, allegedly from over-vaccinating and suffered for 16 months as Casapulla took her to several veterinarians, trying to save her.

“I had Maggie four years. I have been working on this bill since she died. ... I am extremely excited and very emotional,” Casapulla told the Coastal Point on Tuesday, Jan. 28, soon after learning the bill had passed.

“My passion to see this through was more than the passion I had when I started my business, because I knew if this gets passed we would be saving the lives of so many innocent animals and allowing vets to use their discretion on making legal, educated exemptions,” Casapulla said.

“Maggie will be saving lives long after I am gone. We’ve been working hard on this for three years. … It’s a great bill,” said Casapulla, whose family owns Al Casapulla’s Subs & Steaks in Millville.

“He really is so passionate about this,” his wife said, watching as Casapulla picked up their tiny Yorkshire terrier, George. Nicknamed “Peanut,” George is one of the couple’s five dogs. He was adopted by the Casapullas with his brothers, Henry and Louis, after their owner, Linda Bravo of Bethany Beach, died last summer. Sadly, Louis was very sick and had to be euthanized.

“I’m surprised my wife didn’t leave me years ago,” Casapulla said, smiling slightly and shaking his head. “If we go anywhere, we have to take the dogs with us. Some of them are in diapers. We have a motorhome, and we take them all when we go to Florida,” he said.

If she were still alive, Maggie would be going on those trips, too.

“Maggie’s story started in 2014. In 12 months, she got 13 vaccinations and she really suffered. I got the card in the mail that she was due for her shots, so I took her to get them. I thought I was doing good, but she got so sick. I ran the roads constantly. Maggie and I were running the roads, going to all different vets to try to get her well again,” he said, a pained look on his face.

A veterinarian at the animal hospital in Wilmington, Del., confirmed that little dog — which Casapulla had rescued from a shelter in Florida when she was 4 or 5, after she was found wandering the streets, severely matted and with her toenails so long they curled under — was ill from too many vaccinations. A section of her brain was inflamed. One vet wanted to schedule the little dog for a brain biopsy, which Casapulla refused.

“They wanted to drill a hole in her head. I wasn’t going to do that,” he said.

The veterinarian who allegedly over-vaccinated Maggie didn’t return Casapulla’s calls for some time, but when he did, Casapulla said, he apologized and told Casapulla he’d notify the chemical companies and have a staff meeting about the situation. Later, Casapulla learned that another dog had reportedly become ill after allegedly being over-vaccinated by the same veterinarian, adding to his frustration and making him more determined to stop the dangerous practice, he said.

In the end, Maggie, who did well on prednisone for a while, died after her liver and kidneys failed.

During the difficult months of her illness, Casapulla learned about, and got to know, Dr. John Robb, a Connecticut veterinarian who insists on vaccinating dogs by dosing according to their size instead of giving every dog, of every weight and breed, the same vaccine. On his Facebook page, he uses the slogan, “Where love is the foundation, with a heart for the pets!”

“Dr. Robb said, ‘I’m not killing these dogs.’ He has a grassroots movement,” Casapulla said.

Last week, Robb posted an interview with Casapulla on Facebook, congratulating him for his tireless dedication to the bill.

“I got to be friends with Dr. Robb. What happened to Maggie was for no reason. She was a good healthy dog. I want to educate people. I want to help,” Casapulla said.

During discussion about the bill, testimony and voting, Casapulla was in Dover “every step of the way,” he said.

“I didn’t think it was going to pass unanimously,” he noted. “In 2018, it was House Bill 238, and it was tabled. We went to a committee hearing, and the people in the health field fought me. Dr. Robb came, and he spoke. We made a strong presence. Everybody who was in favor of the bill signed up to talk. In the summer of 2019, it got into the House. On the last day of the session, it went through the House. They were on break until January, and that’s when it passed,” Casapulla said.

“She was walking the streets when they found her, and then I adopted her. I was not going to let her die in vain. God put her in my life for a reason, and now we’re going to save lives.”