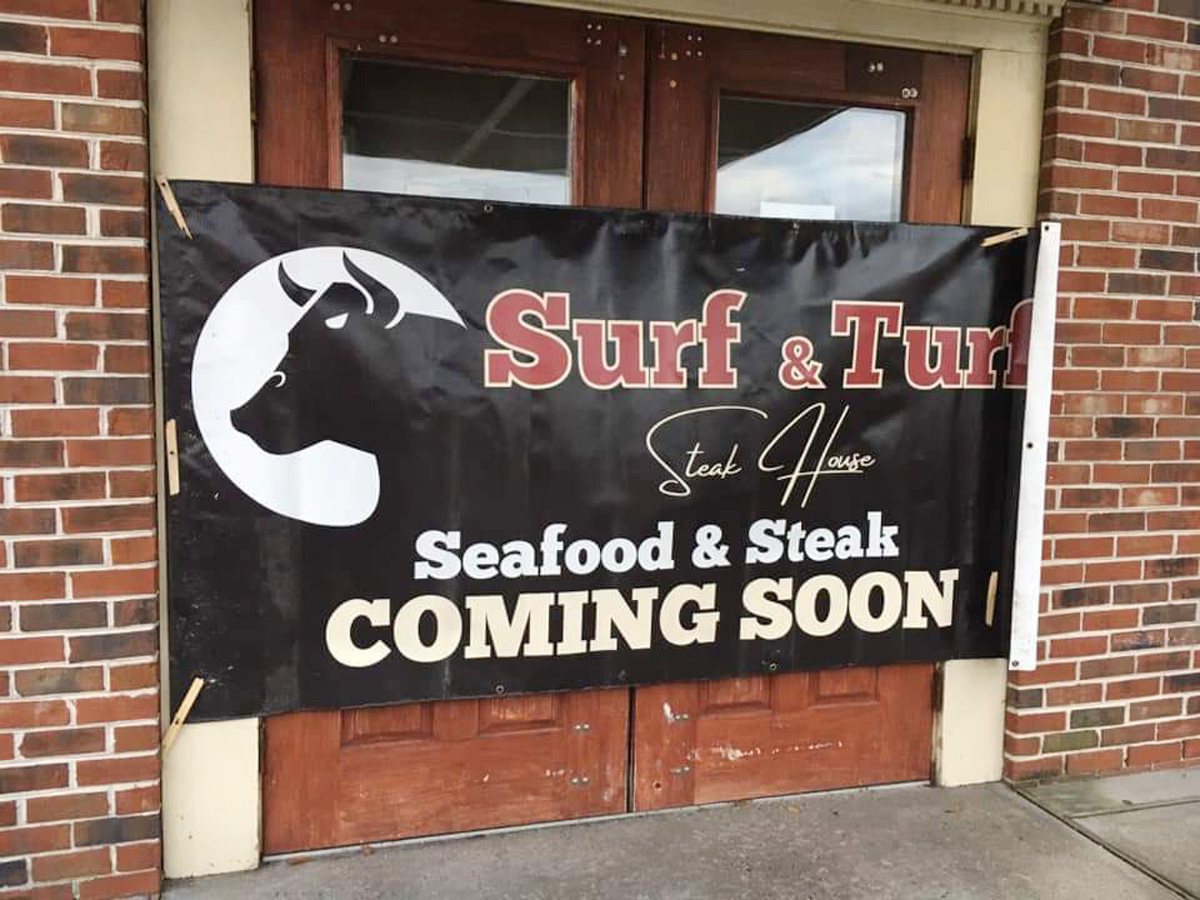 A new restaurant is coming to Main Street in Millsboro, aiming to satisfy the appetites of those who enjoyed the Georgia House restaurant before it closed last spring.

Called Surf & Turf Steak House, the establishment will open at 119 Main Street (where groceries were once sold, before it became a restaurant), although it isn’t yet known when customers can begin enjoying meals there.

“It depends on what they’re going to change. The tenant was going to have designers come in, an architectural designer type thing,” said Virgil Ellwanger, who, with his business partner, owns Main Street Renovators and is leasing the building.

“I am in partnership with a friend who owns the building and the grounds there. We were approached by another company — well, several of them. One company asked if they could go under a lease for one year and at the end of that year, have a purchase agreement. With that one, we have everything worked out,” Ellwanger told the Coastal Point this week.

He said he didn’t know when renovation would begin on the building, which offers 8,000 to 10,000 square feet of space.

When Georgia House closed, “It put a really big hole in town about where you had to go to dinner. Where were you going to go?” he said.

“I think Main Street will start settling down with some great businesses now. This little town is really going to blossom. To have another, what appears to be, a good restaurant coming, Millsboro really needs this, for sit-down and people who go out for the evening. I think it’s a great asset for Millsboro,” Ellwanger said.

“At one time, when I first came to Millsboro in 1967, that building was a grocery store for the local residents. Then we purchased it. Later, Georgia House approached us to lease it,” he said.

When the Georgia House closed suddenly and unexpectedly the end of March, regular customers were greeted with a hand-lettered sign in the window telling them only, “Thank you for 20 years. We are now closed. Mgmt.”

Grotto Pizza is planning a new 212-seat restaurant with sports bar, set to open in the fall.

The family-owned company, founded in 1960 and using the slogan “The legendary taste,” will build a 6,558-square-foot building in Peninsula Crossing on Route 113 south, near Royal Farms and Taco Bell.

Hudson said another national chain that will be coming to Millsboro could be announced in the next month or two.