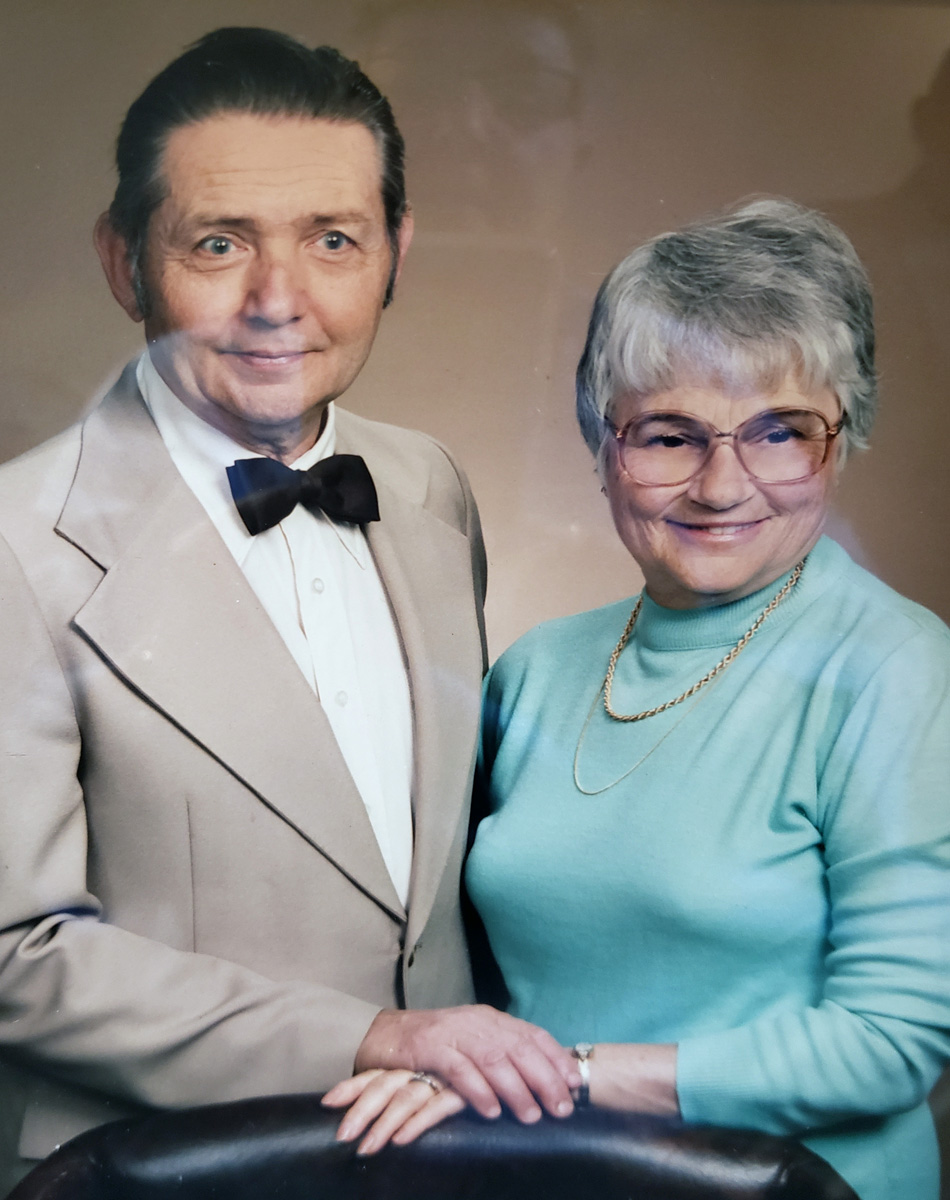 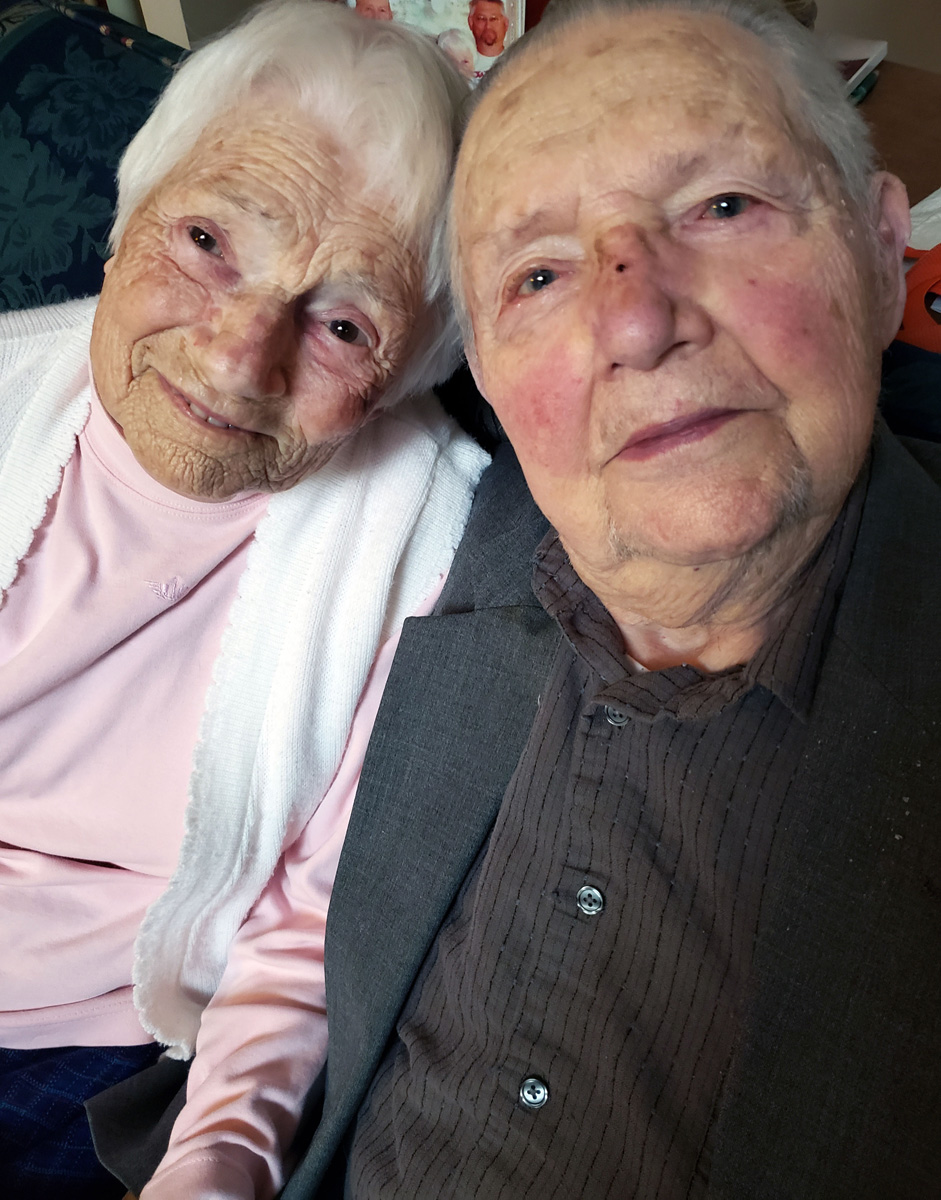 Of all the gifts Darrel Neidigh has given his wife during their 73 years of marriage, humor just might be the most treasured.

Quick to tell a joke and with an easy manner, the 96-year-old Ocean View resident keeps his 97-year-old wife, Leona, grinning.

“Oh, I always have one: This lady ordered a skeleton costume for Halloween and when it came in the mail, nothing was in the box,” he said, engaging a visitor who was already laughing, watching his animation.

“So she contacted the company. They said, ‘OK. We’ll send you the skeleton costume you wanted and you can keep the Lady Godiva costume we sent you by accident,’” Neidigh said, as his wife, looking amused, sat back in her chair, one hand on a walker, and watched him.

The parents of a daughter and three sons, grandparents of nine and great-grandparents of eight share a love the years have only made stronger, even if they don’t have specific plans for Valentine’s Day.

“I’ve already given her everything I could give her,” he said, raising his hands in mock exasperation.

“Orchid plants. He gives me a lot of those,” his wife said. “Last year, I think he brought me a little bit of candy.”

“She takes good care of me. She’s a good cook. Until the last six months, when she’s been sick, she was a very good cook. A very, very good cook. I couldn’t cook at all, but now she tells me how. Now I can make stroganoff,” her husband said.

His wife broke her arm six months ago, after a fall, and has been undergoing treatments for cancer.

Married on Dec. 22, 1946, the Neidighs, natives of Indiana, attended elementary grades together, with him starting school at age 5 and her when she was 6. Their small high-school graduating class had 10 girls and four boys.

“He could have cared less who I was. There were 10 girls. He came home from the war. He went to Perdue after we graduated. He went into the Army in March of ‘42. He got inducted. Everybody disappeared, all the boys. Four years is a long time. When he came home, he saw my brother on the street and he told him where I was, so he came by to see me. He picked me up, and we went to see to see our other classmates,” Mrs. Neidigh recalled.

“He kept picking me up, and we kept going places. The next thing I knew he gave me a ring,” she said.

“We went to a dance and she got the ring the next day. I was in the Army, and I had a little money,” he said, getting up from the sofa to get the ring and hand it to her.

“I don’t wear it as much as I used to,” she said about the diamond ring, putting it on her finger.

They dated for six months, then were married.

“I hadn’t had a date in four years. I knew him from school, and I think we both felt the same way about each other,” she said.

An engineer for the DuPont Company in Newark, Neidigh traveled to plant sites, and the family moved a few times. Once, they lived in Japan, but after one of their sons became sick with pneumonia, Mrs. Neidigh returned home to care for him and the other children, and her husband remained in Japan until his assignment was complete.

“We’ve had a lot of good moments — more good than bad moments. And sometimes even the bad moments turned out to be good,” she said.

“What I like about him is he’s smart, for one thing,” she said.

“I try to learn something from ‘Jeopardy.’ I get about 1/10th of them right,” her husband said.

“He has kept his smarts. I haven’t. He can tell jokes, and he makes everybody laugh. We’re used to each other, but I don’t know that I know the secret to us being together all these years,” she said thoughtfully.

“You want one word? Respect. It’s respect,” he said.

“I think that’s it,” his wife said, leaning forward and looking at him intently. “That’s it.”